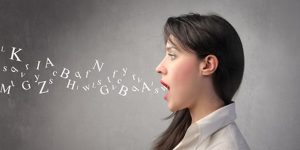 Have you ever been curious of the history of Arabic? The language that has been around for over 1000 years and is one of the top 6 most spoken languages of the world?

Over 400 million people around the world speak it and it has influenced other languages throughout its history such as English, Spanish, Turkish, Persian, Hindi, and French just to name a few.  Words such as ‘admiral’, ‘adobe’, ‘alchemy’, ‘ghoul’, ‘alfalfa’, ‘giraffe’, ‘hazard’, ‘kabob’, ‘loofah’ and ‘zero’ are words that are borrowed directly from Arabic or Arabic lineage.

The word ‘Arabic’ means ‘nomadic’ as it was first spoken by nomadic tribes of the Arabian Peninsula. It is a member of the Semitic family of languages. Other Semitic members of this family of languages is Aramaic, Hebrew and Kurdish.

Arabic civilizations have contributed a great deal in advancements in medicine, literature, mathematics, astrology, architecture, science and philosophy. Some examples of Arabic contributions are; Mechanical flight which was first achieved by Abbas Firnas, an astronomer, engineer, inventor, physician, chemist, musician and poet in 875AD. The fountain pen was invented by the Sultan of Egypt in 953AD. The toothbrush, Algebra, the guitar, marching bands, coffee, surgical innovations and hospitals are all great modern innovations that have been passed down by Arabs.

Architectures such as the Great Pyramids of Giza, the Hanging Gardens of Babylon in Iraq and the Lighthouse of Alexandria in Egypt are 3 of the 7 wonders of the world based in Arab countries.

An understanding of Arabic can create opportunities for a deeper acknowledgment of the positive contribution of Arabic speaking contributions into society.

Arabic is one of the most crucial languages in world businesses today and has the potential to not only boost your career in a variety of different job opportunities like banking, aviation, healthcare, tourism, real estate development and so on, but can enrich your perspectives on a completely new and thriving culture and enable you with many opportunities that you couldn’t accomplish without understanding Arabic.